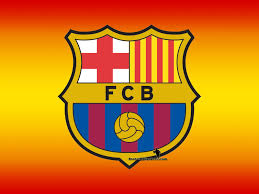 Futbol Club Barcelona was founded November 29, 1899 by Hans Gamper with the participation of eleven players decided to create Football Club's most iconic global: Barca.
At this point, no one could suspect allegedly unprecedented this approach. Indeed, throughout this century of history, Barça has grown unprecedented in all areas that it has become more than just a sporting institution, to justify its slogan "More than that Club "(a club that Més).
Indeed, Barça became for millions of people around the globe, a symbol of identity not only sports, but also social, political and cultural. Indeed, in the most difficult moments for the freedoms of Catalonia, the Barcelona has played a fundamental role in the defense of democracy and Catalan culture. Barca has not only involved in social causes at the national level. Indeed, Barcelona is also involved in international humanitarian causes, such as the protection of children, including its partnership with UNICEF.